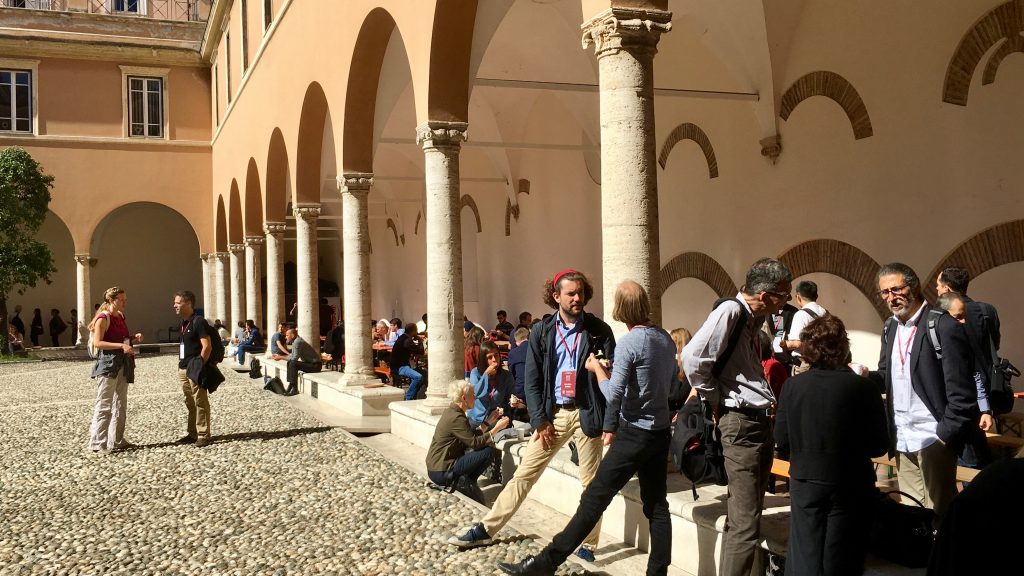 Coffee break at the 2017 eCAADe conference in Rome

The eCAADe 2017 conference took place in Rome at the Sapienza University Department of Faculty of Civil and Industrial Engineering, which is located in a beautiful old convent. Nicolai Steinø presented a paper at the conference entitled “Mapping the Architectural Genome – A Preliminary Study of Facade Syntax”.

As its point of departure, the paper contends that it must be theoretically possible to design a parametric urban design tool capable of simulating 90% of all conceivable site designs. The relevance of such a tool would be to quickly be able to simulate a large variety of site designs for any given context and location at a reasonable level of detail.

The paper presents a preliminary study of facade syntax and its application to a prototype parametric design tool. The study finds that a combination of a compositional, geometrical and mathematical approach is promising to this end. From an empirical facade analysis, a taxonomy of three compositional levels is introduced and applied to the prototype.

The paper concludes that the preliminary study is promising on a number of accounts. However, some issues must be investigated further, while other important issues have yet to even be examined. Yet while the task may seem insurmountable, there is potential to complete it, at least to a reasonable degree, and with a reasonable effort. 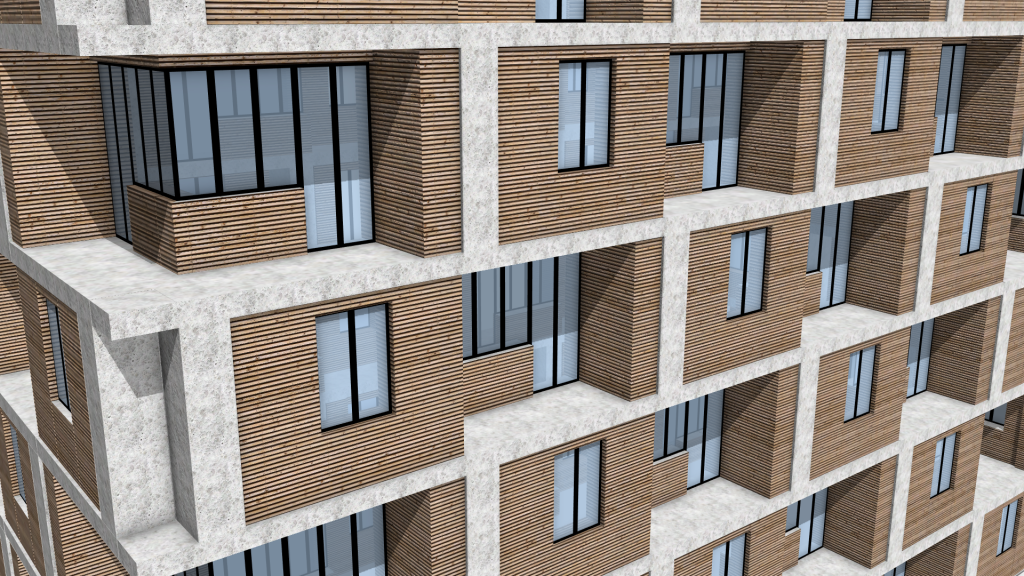